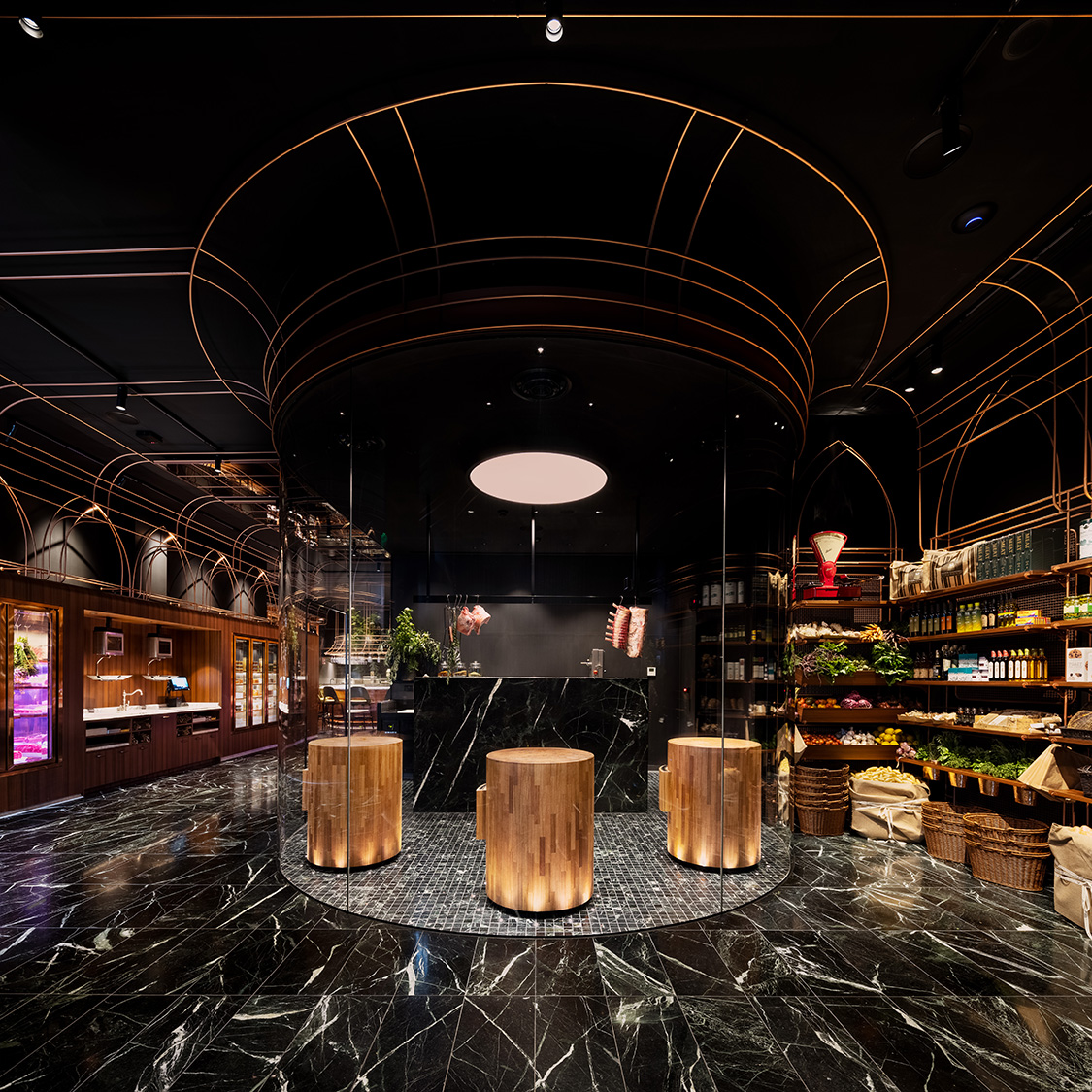 When Vic and Anthony Puharich opened their first retail butcher shop, Victor Churchill, on Queen Street in Sydney’s Woollahra neighbourhood 10 years ago, we knew they were on to something unusual. We wrote about them then with enthusiasm and although it was the father-and-son duo’s first retail endeavour, it was obvious to us they were in it for real. 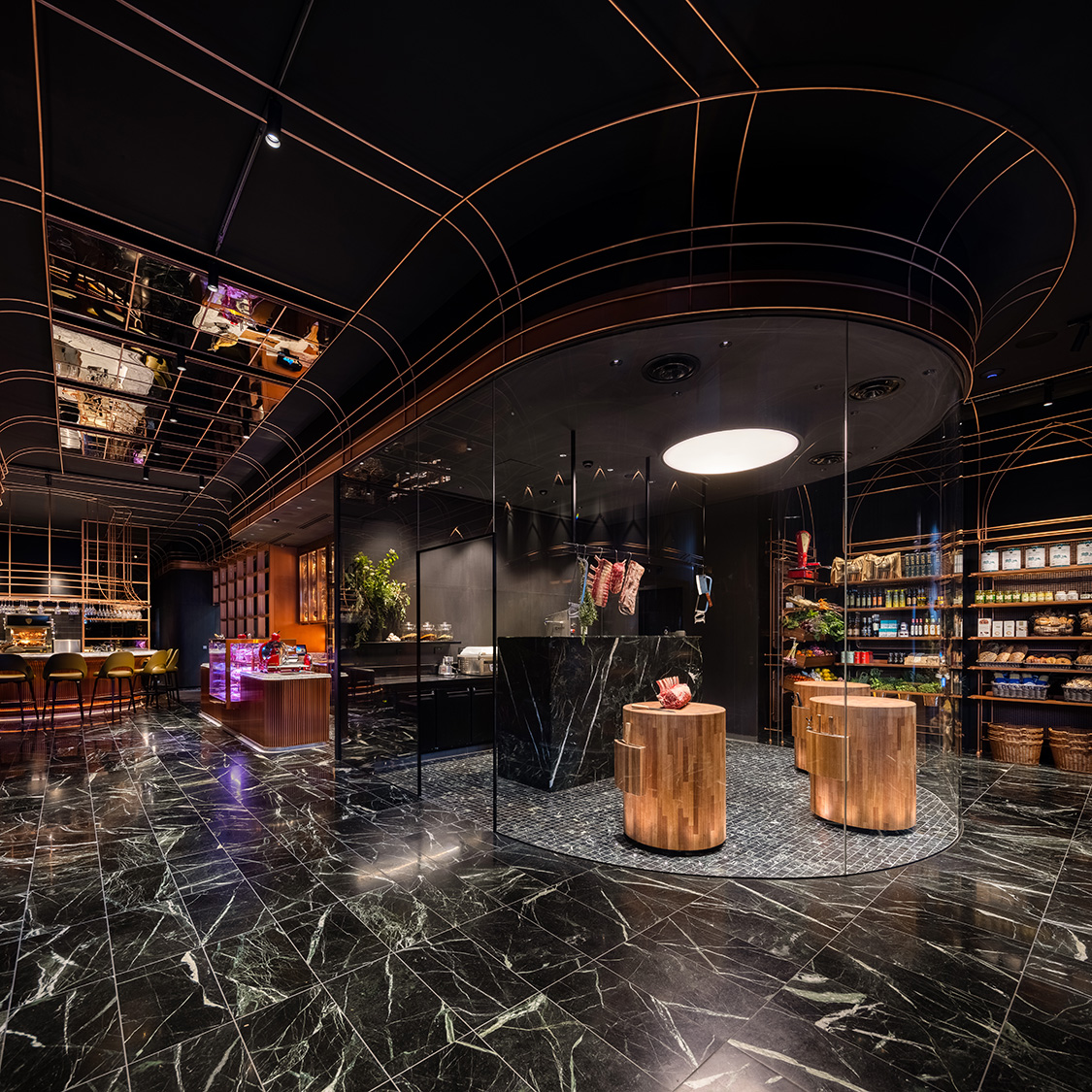 Every detail in the Sydney boutique was thought through from the tiniest aspect of the interior to the super-exclusive selection of products, and to the elegant, attentive service. This was sheer retail theatre but without the fake over-reaching theatrics so prevalent in retail then and even more so today. This was traditional, old-school retail, yet it completely fit in the contemporary context and met the surprised clientele’s needs and desires they didn’t even know they had. It was the surprise of it all that made it so magical. 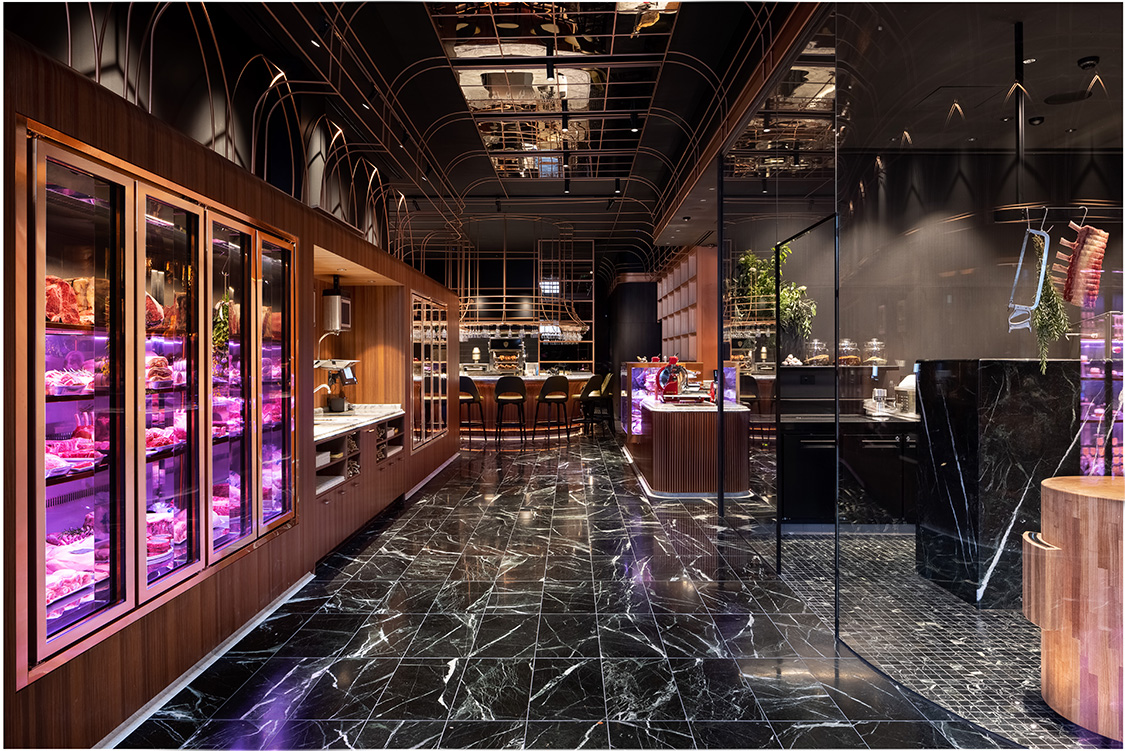 And now, when they have opened their second exclusive retail environment on High Street in Melbourne’s Armadale, we are equally excited. The same values and enchantment are present here, yet this is not a cookie-cut copy of the Sydney boutique. This is its own environment with new ideas baked into the same traditional values and approach. 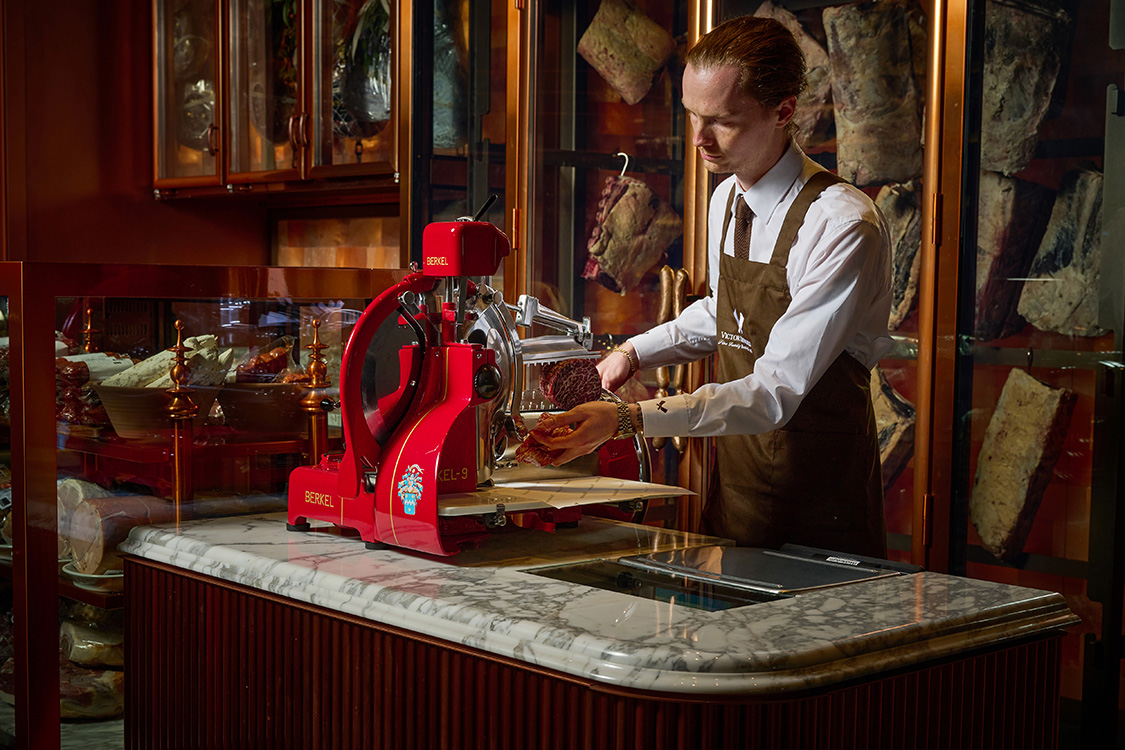 The late celebrity chef Anthony Bourdain also became enamored with the Sydney shop, calling it “the most beautiful butcher shop in the world” during one of his episodes filmed there. The Puharichs were dreaming of opening another store in one of the great cities in the world, so there was a synergy there. “Actually, we had plans to do a shop with Bourdain in New York, but that of course did not happen, sadly,” Anthony Puharich tells The Cool Hunter. “Instead, we decided to open in Melbourne with the same values and principles we’ve established in our Sydney store.” The physical Melbourne store space carries with it some impressive history as well, although this is not a historic butcher shop like the Victor Churchill premises in Sydney. The Melbourne shop is located in the Heritage-listed site of the oldest State Savings bank of Victoria. 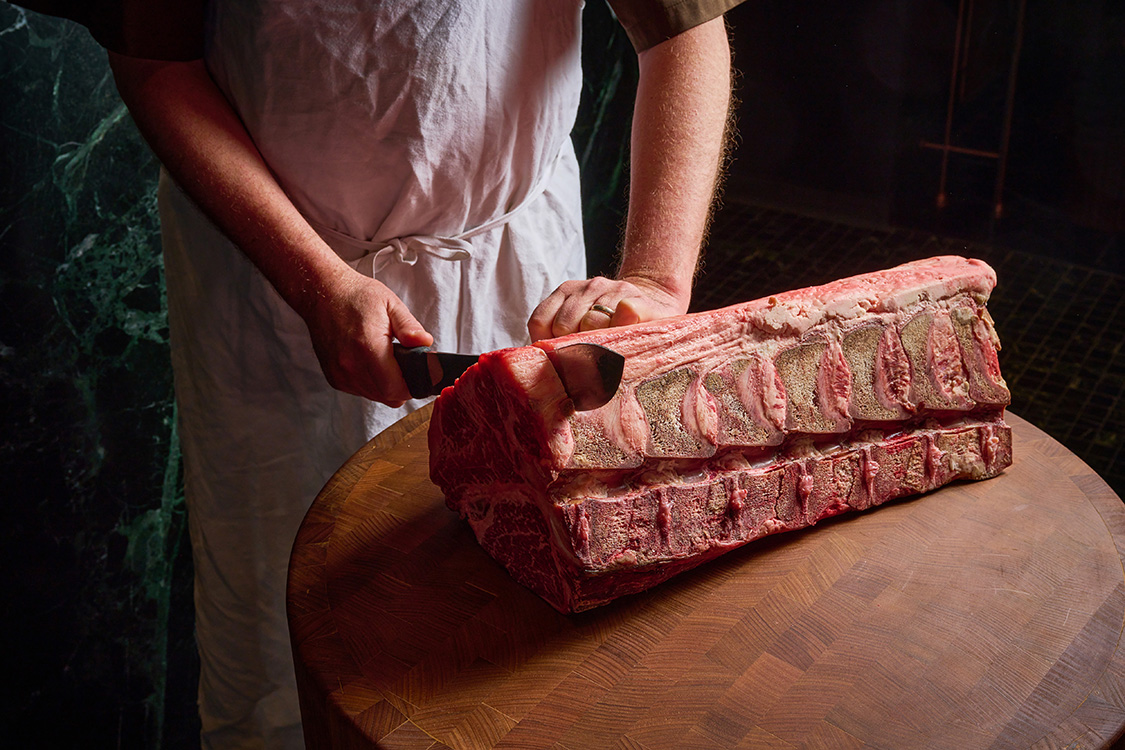 Designer Rod Faucheux of Surry Hills, Sydney-based loopcreative has taken the owners’ philosophy and the traditions and experiences of the Sydney shop and translated it all into a unique, new experience. It carries many of the hallmark features of the first shop including the Himalayan salt bricks in the curing rooms, the centrally located solid-wood butcher blocks, and the marble flooring. 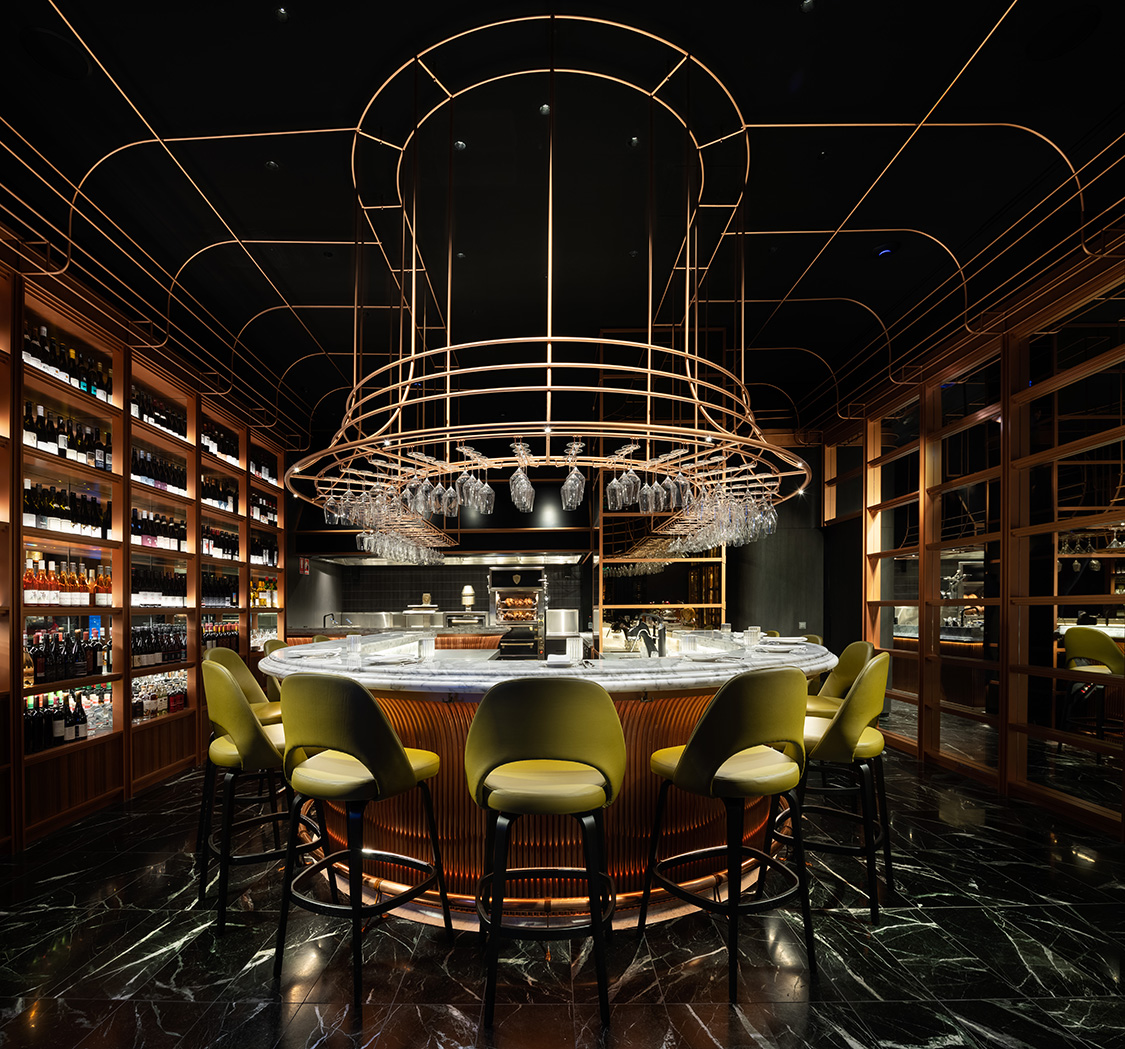 Dramatic lighting, dark hues, and curving forms are also present in both stores. In the Melbourne shop, the attention to detail is impressive and includes the sausage-shaped door handles and an original, fully restored Berkel slicer from the 1930s that is in constant use, evoking the traditions and history of the profession of butchery. What we love about this company is the fact that this is their second store. It would have been more typical and very tempting to start cloning the surprising success of the first store as soon as possible and in doing so, change the company’s nature to something that the owners clearly are not interested in. We love that. Knowing who you are, knowing what you love and what you stand for. We also love it that the Melbourne store is a full-body experience. Not a single screen in sight. This shop has that same captivating, entrancing theatrical feel as the Sydney shop, but no-one entering the store would think of “retail theatre” here either. Instead, the guests are inhaling the scents, admiring the displays, watching the demonstrations, tasting the samples, chatting with each other and with the team members. They are participating, engaging and enjoying. 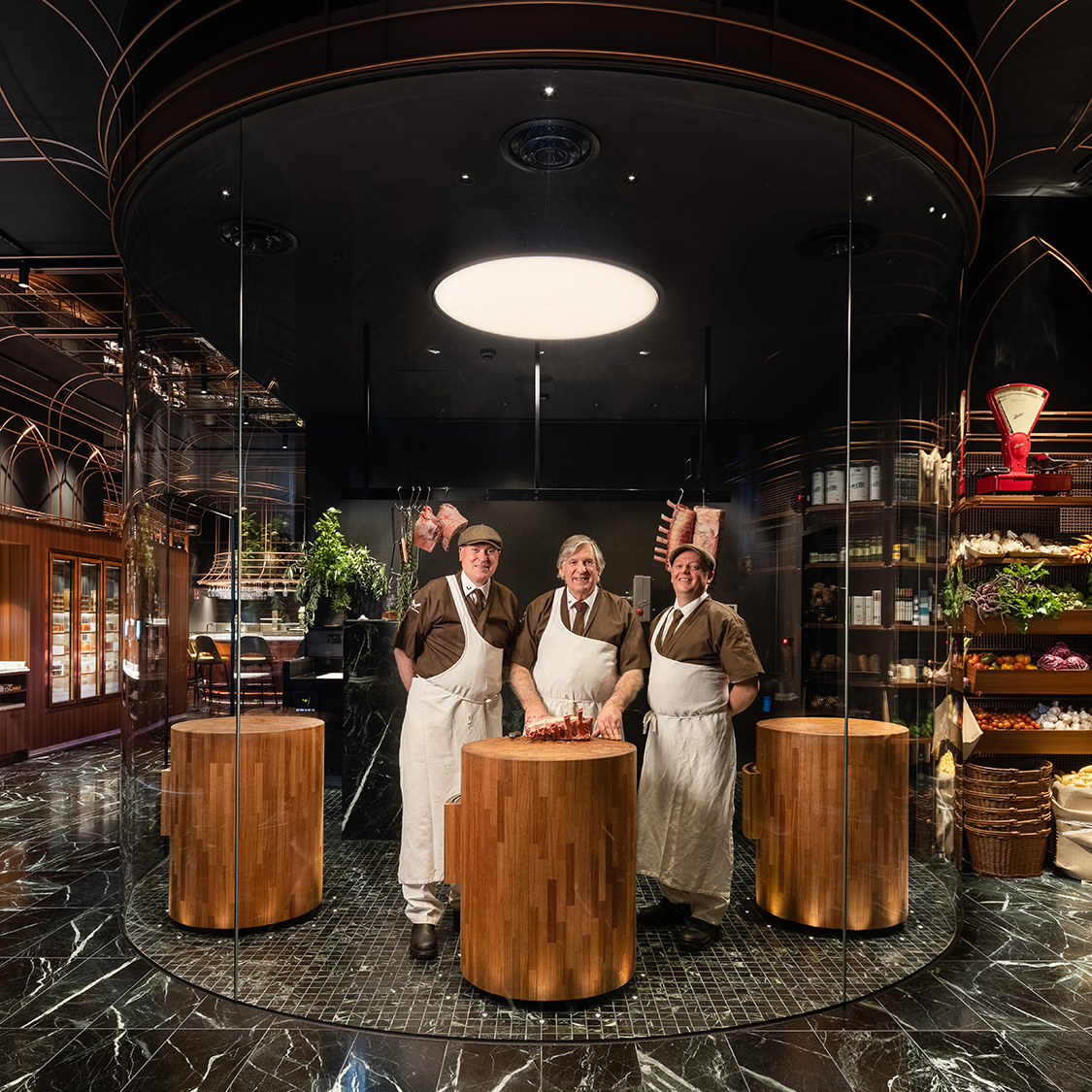 Anthony Puharich is a fourth-generation butcher and the family’s meat distribution company, Vic’s Premium Quality Meat, established in 1996, has become Australia’s leading distributor of high-quality meat. The Pucharichs come to the meat business with high credentials. 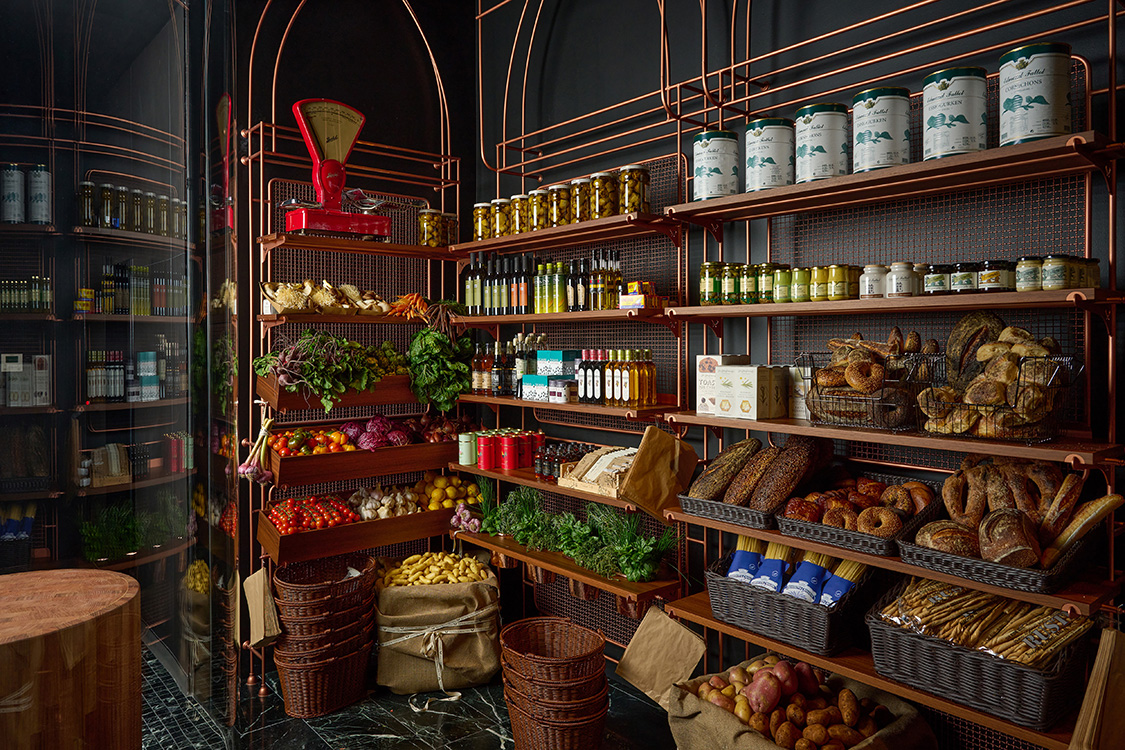 But what has been so delightful is their retail success in a category that has not been seen as sexy or interesting. So when their Sydney store opened, it drew a lot of attention including winning prestigious retail design prizes in competitions where butcher shops had never even participated before let alone won.