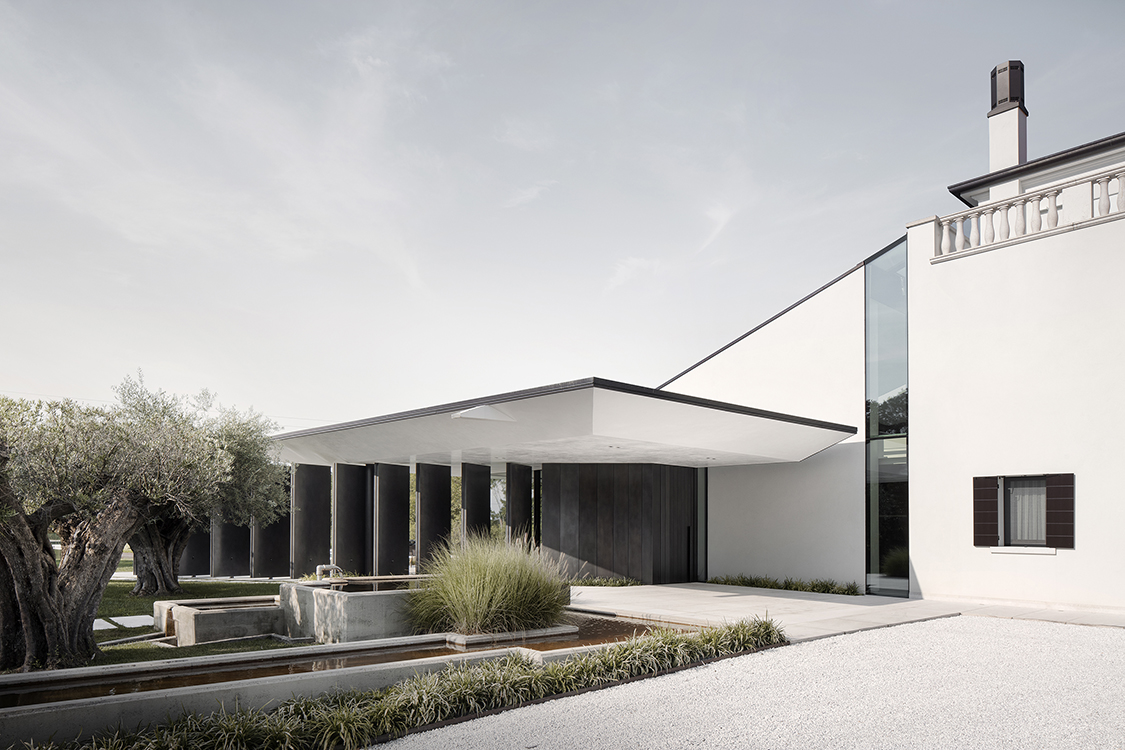 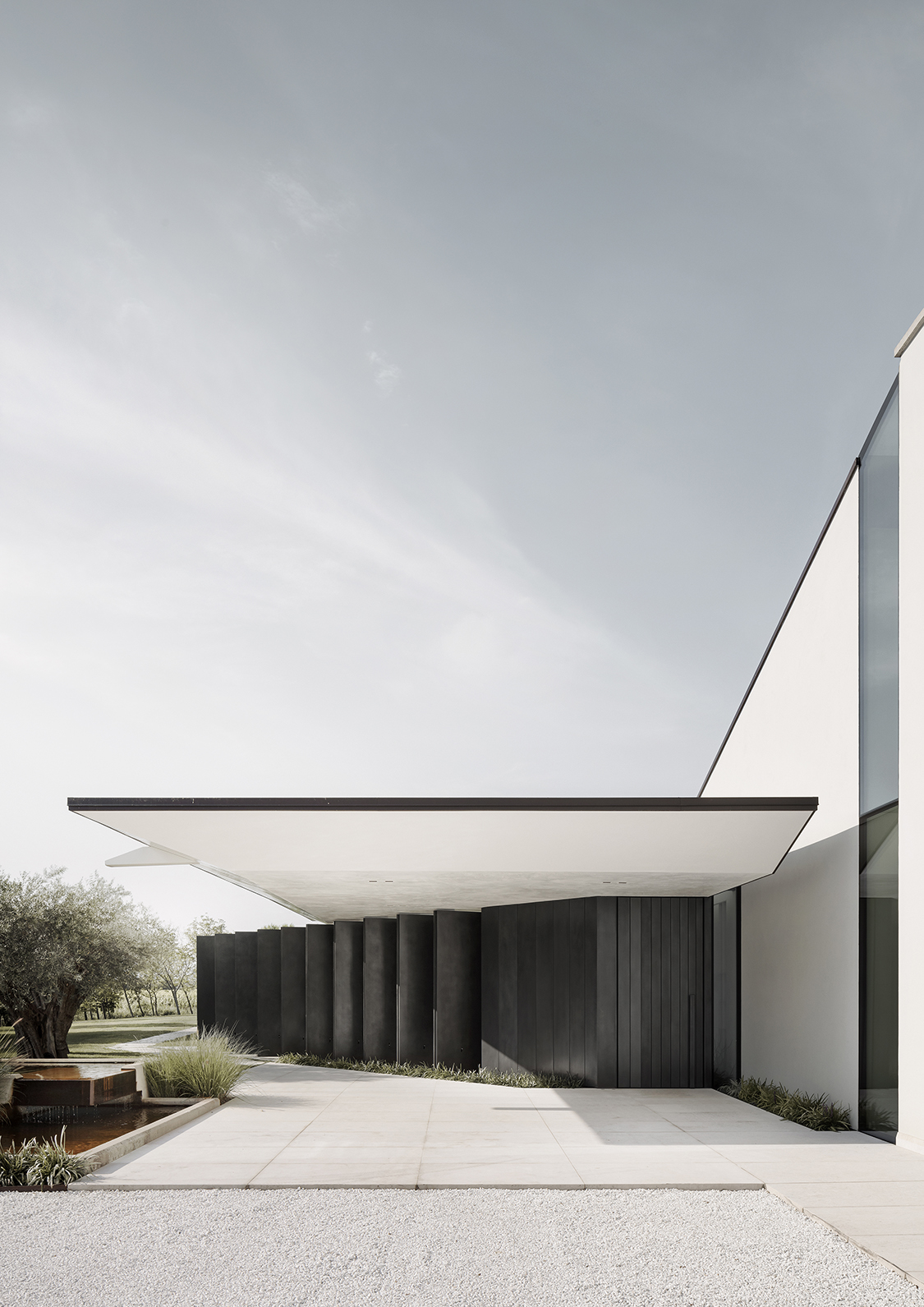 The team at London-based Alessandro Isola studio named their recent residential project Fluid House. The fluid in the name does not refer to wavy or watery shapes or lines in the design, it refers to the fluidity of use of the entire space. 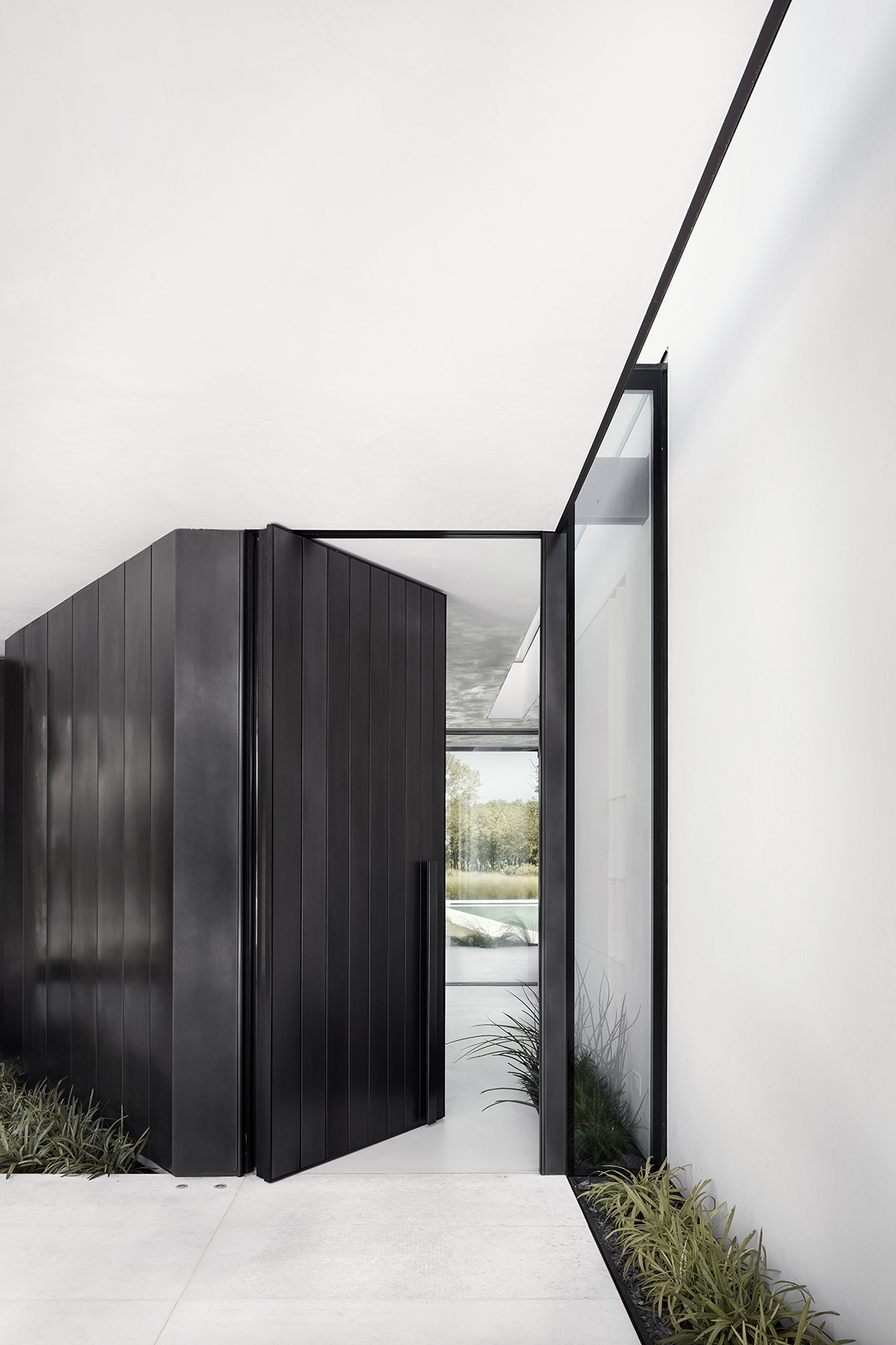 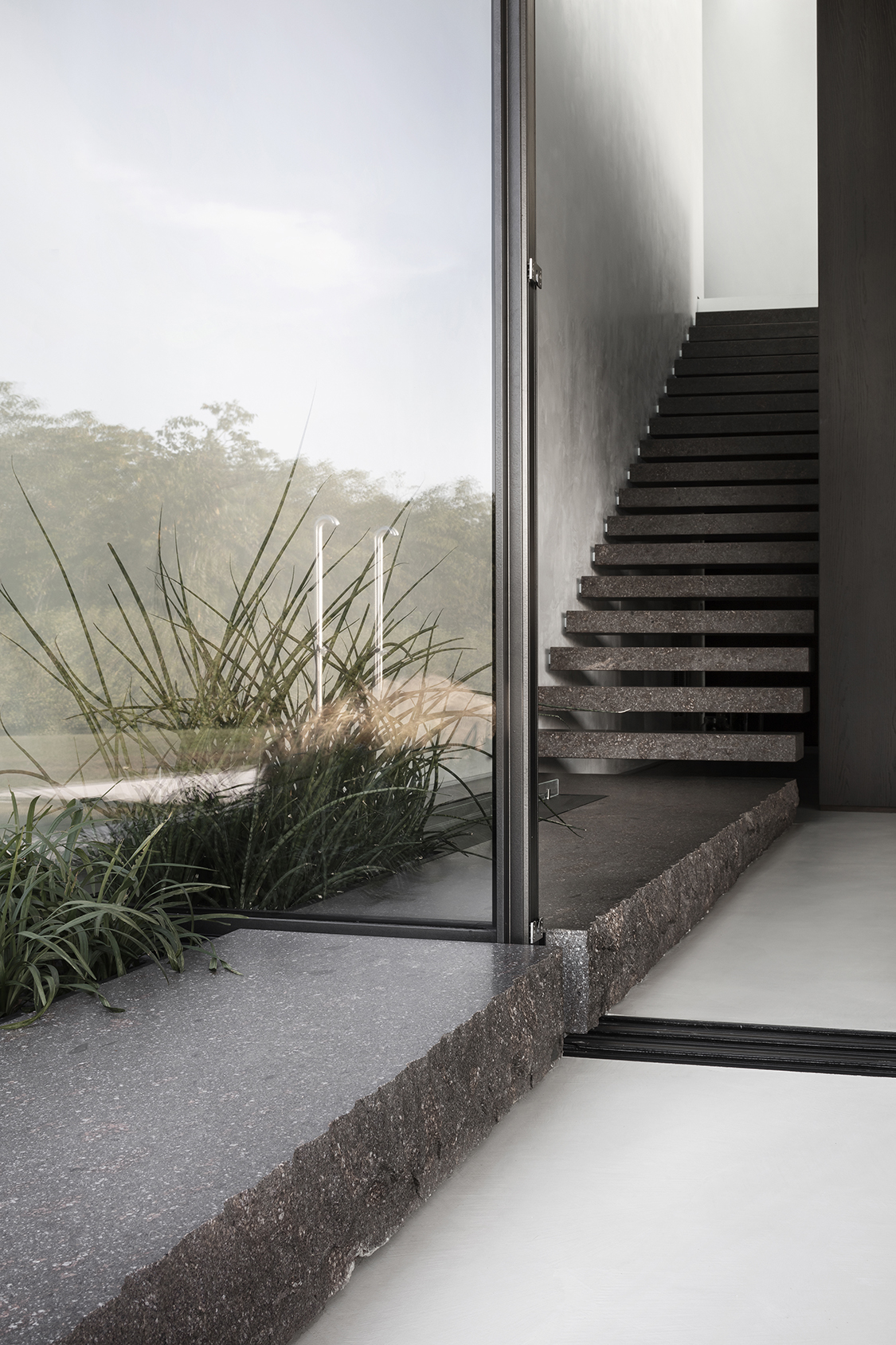 This fluidity of views and flexibility of use are close to the heart of the studio’s founder, Italian-born architect Alessandro Isola. “The client requested an open space,” Isola tells The Cool Hunter. “And I fully agreed because I believe in the multifunctionality of a single object or, as in this case, of an entire space. For example, the kitchen is not only a kitchen but also a space to socialize, work and study. I do not like to confine a kitchen or living room in separate spaces, I like the mixture of activities. A well-designed space can also establish unexpected conversations, unexpected interactions.” 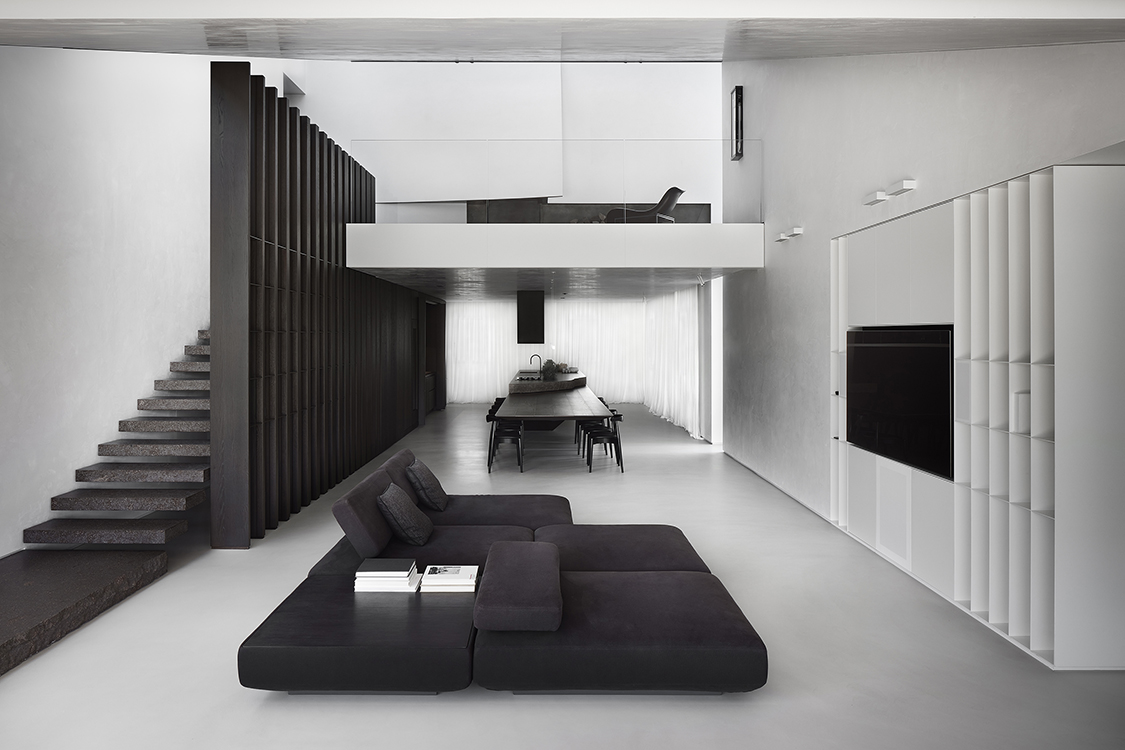 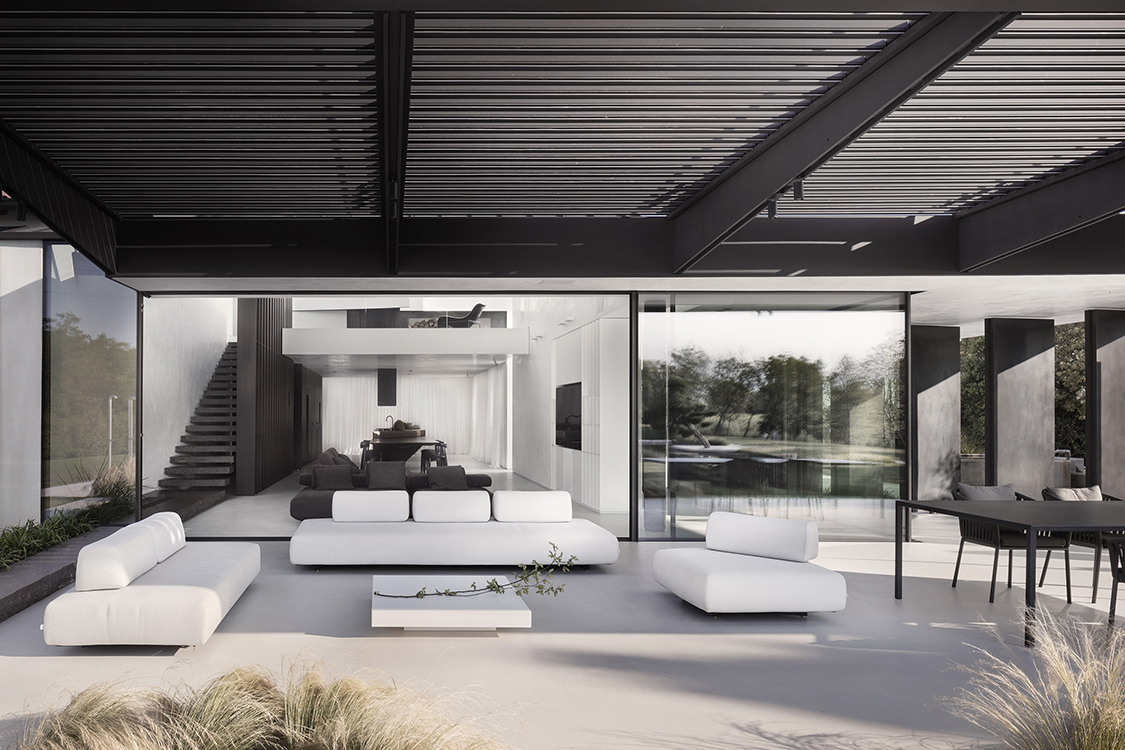 The Fluid House project consisted of designing an extension to an existing house and then reconfiguring and redesigning all of the interior and outdoor spaces. This is a residence of a family of four, parents and two children, so the demands for the space are many. The recreated house is 700 square metres (7,500 sq.ft) in size, so the designers had the luxury of lots of space to create visual drama in addition to accomplishing the openness and multi-usability. 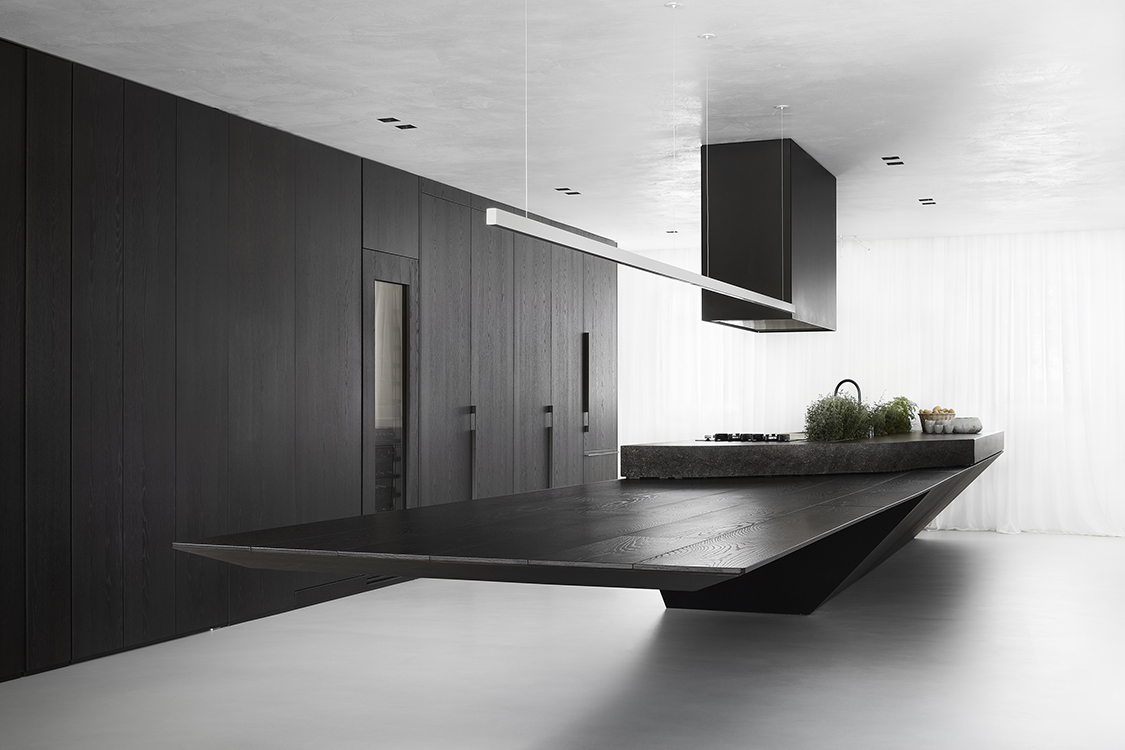 Some of the dramatic features include the three-metre-long timber table that is cantilevered from the kitchen island and appears to float into the open space. Both indoors and out, pivoting panels and sliding screens help in reconfiguring the spaces: to divide, open up, protect or shade them as needed. 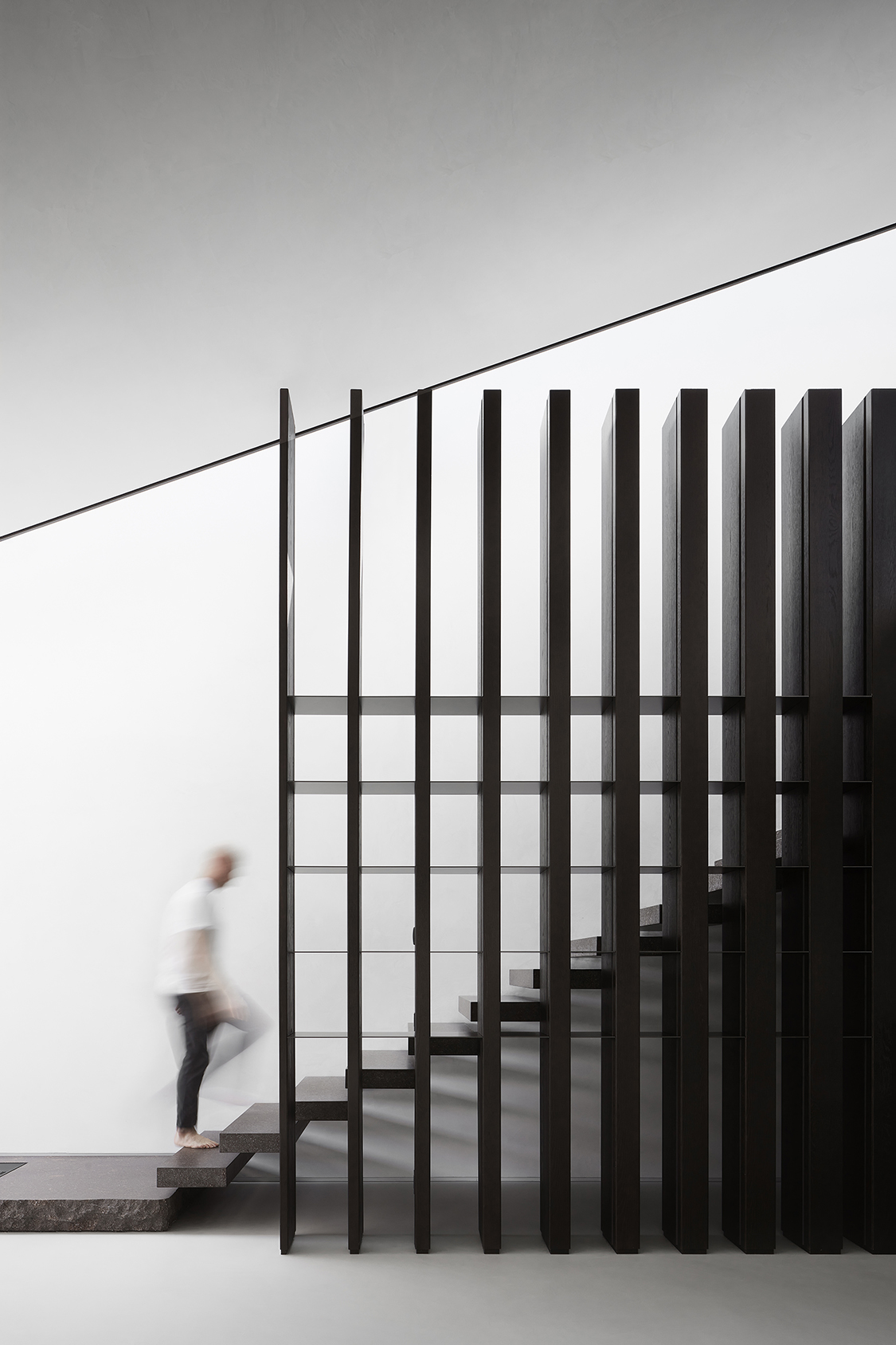 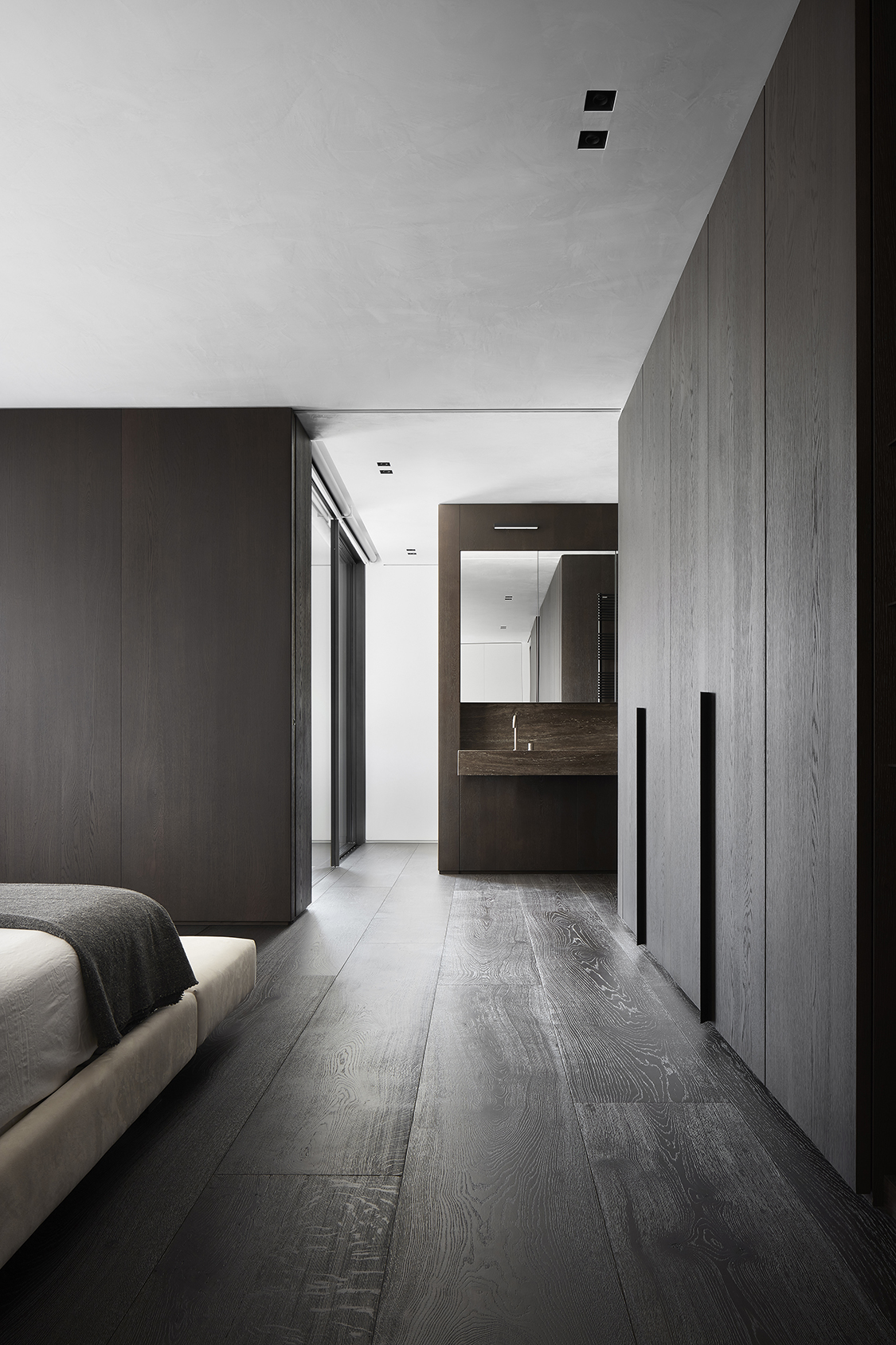 Another impressive feature is the 14-metre-long, double-height, dark oak wall that incorporates multiple functions. At one end, it works as a balustrade for the stairs and a protective barrier for the mezzanine level. It also houses a display unit, hidden storage and a pivoting door that reveals a back-stage kitchen area in support of the main kitchen. 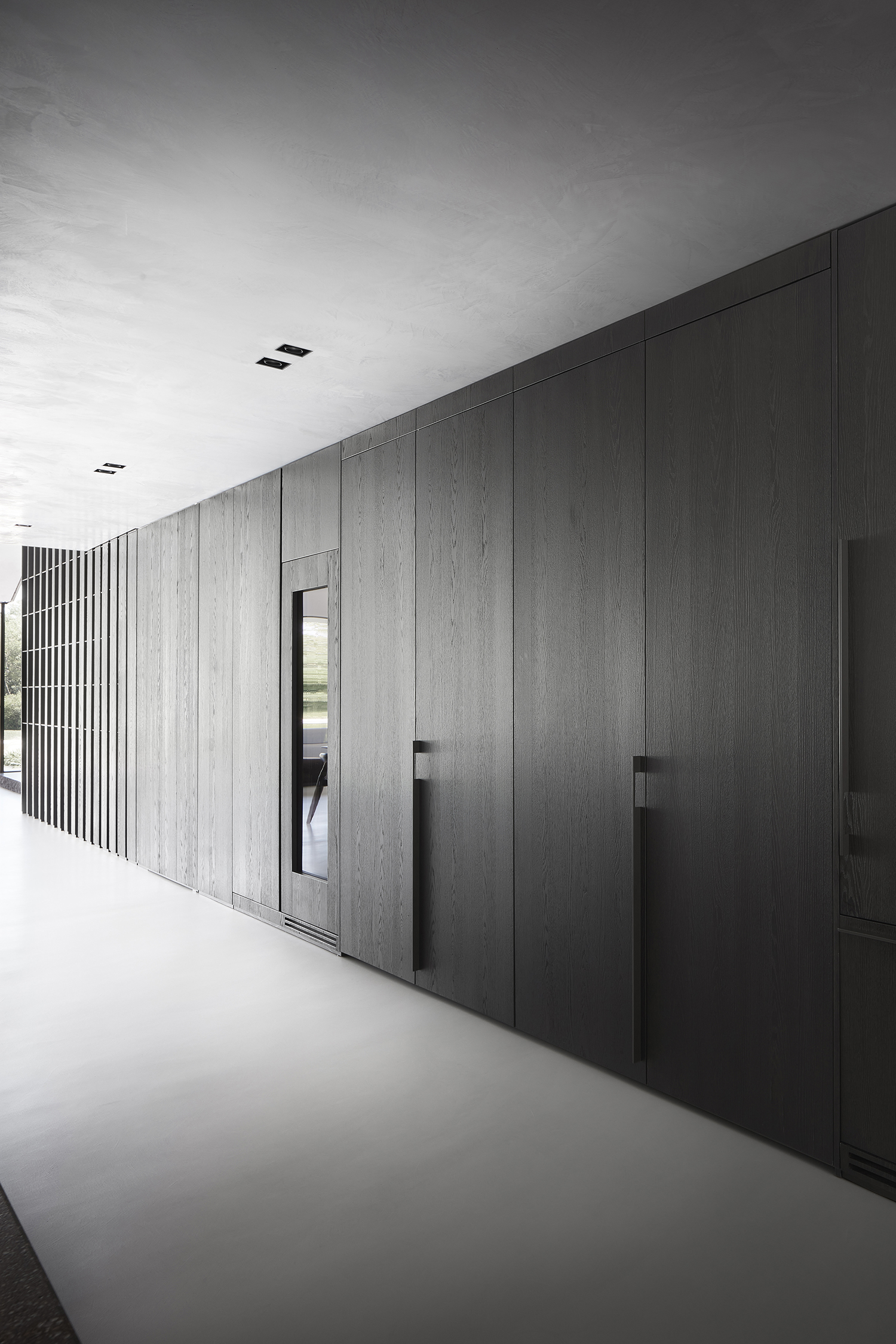 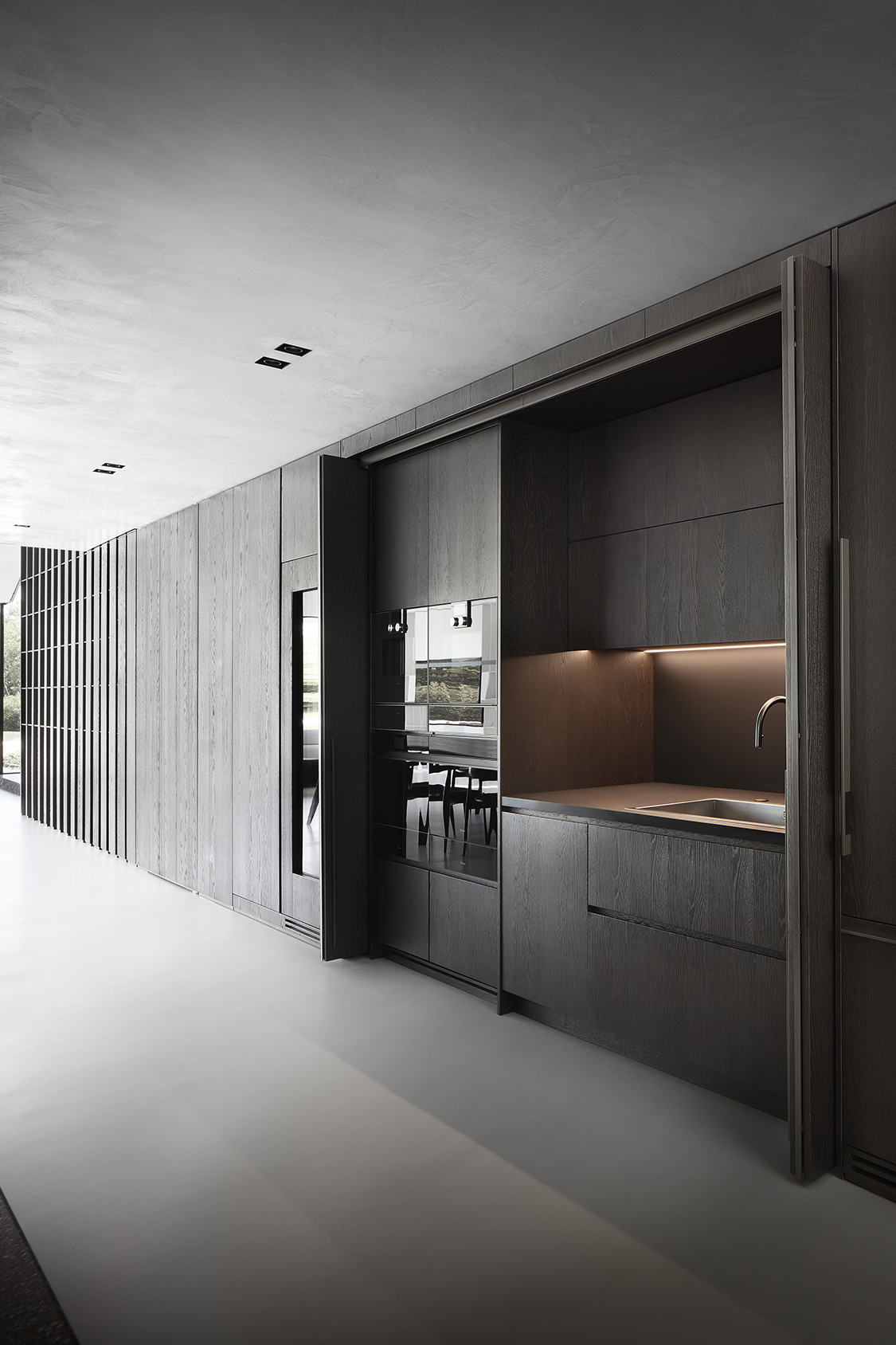 But perhaps the most dramatic and surprising feature of the home is the metal cube that houses the steam room and a bathroom in the topmost attic space. It has perforated walls that both protect and reveal. Panels of the same perforated metal are used also elsewhere as dividers. Isola says that he also enjoyed the challenges he faced in configuring the outdoor space. “The white roof at the entrance is pretty cool and was challenging to build because it was cantilevered a lot,” he says.” Also, the roof extension at the rear was created from the slope of the interior ceiling. Outside, this roof extension is made of metal leaves or flaps that are mechanically controlled to be open or closed depending on the weather. Alessandro Isola studio, established by Isola in 2014, is a multidisciplinary design practice that specialises in architecture, interiors and product design. The studio works globally with recent project located in the UK, the US, Switzerland, Russia and Italy. The Friuli region is the north-easternmost region of Italy bordering Austria, Slovenia and the Adriatic Sea. Tuija Seipell Previous
In The Region Of Alsace, Nara Converts A Carpentry Workshop Into A French Restaurant