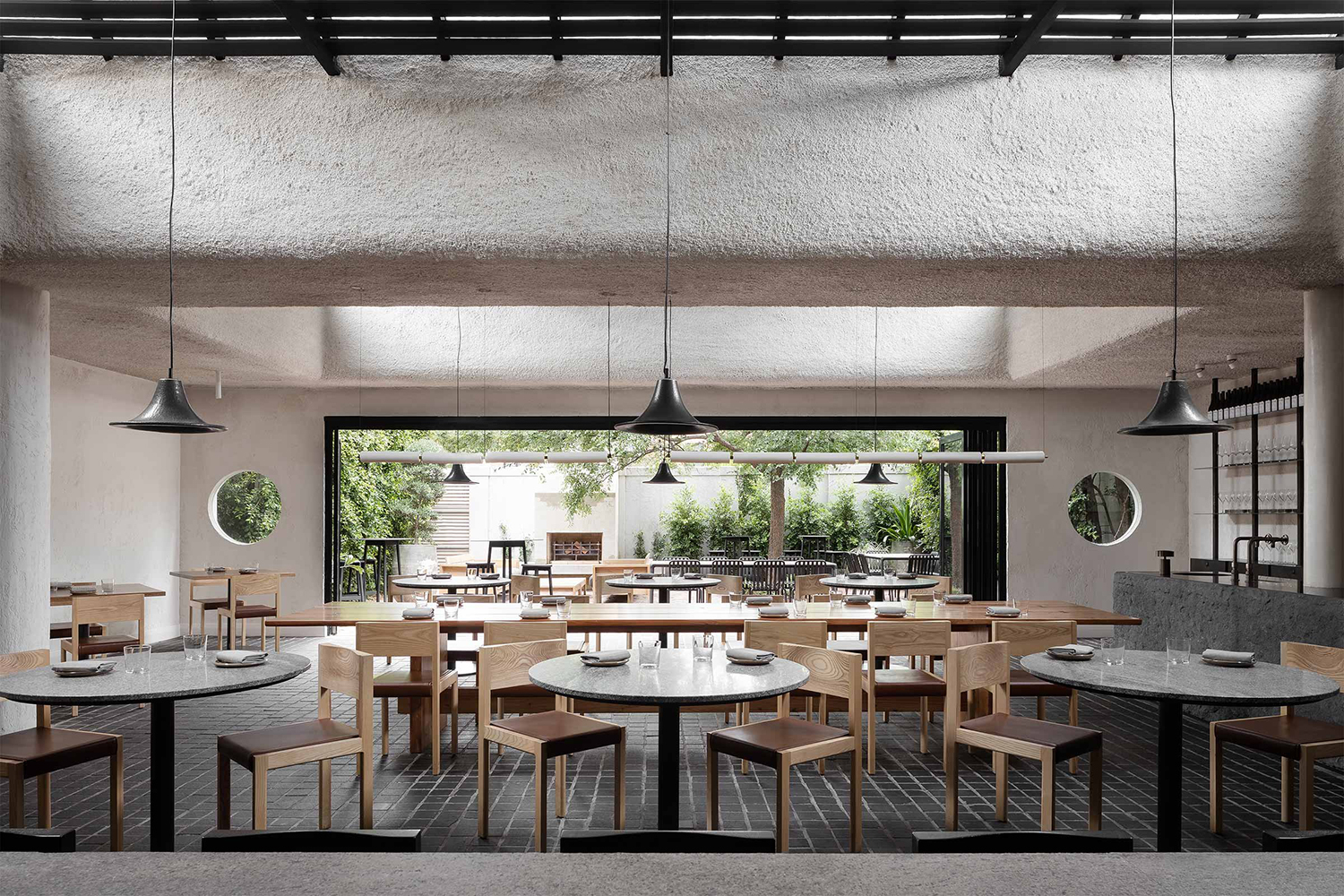 Described by local media as Adelaide’s first open-flame restaurant, arkhé is a refreshingly unassuming entry into the city’s culinary scene. In a time marked with constant change, disconnection and uncertainty, the restaurant’s frank design and cuisine, both centred around fire, evoke a sense of clarity and community.

Its name is the Greek word translated as “something that was in the beginning,” and also as first principle, origin, source of action.

The kitchen is helmed by co-owner Jake Kellie, Australian Young Chef of the Year 2015 and also known for his appearances in the MasterChef Australia TV show. He returns to Australia from Singapore where he was head chef of Michelin-starred Burnt Ends, a modern Australian barbecue restaurant ranked consistently among the World’s 50 Best Barbeque restaurants.

In arkhé Kellie partnered with Palmer Hospitality, the local group behind Adelaide-based restaurants such as 2KW, Fishbank and Paloma Bar & Restaurant.

Arkhé’s address is number 127 The Parade in the main shopping and restaurant area of Norwood, a trendy and eclectic Adelaide suburb approximately four kilometres (2.5 miles) east of the city centre.

Arkhé is located on the ground floor of a heritage-listed two-storey Victorian building where the slightly prissy white façade is deceptive. Inside, the space itself also seems much smaller than it turns out to be. 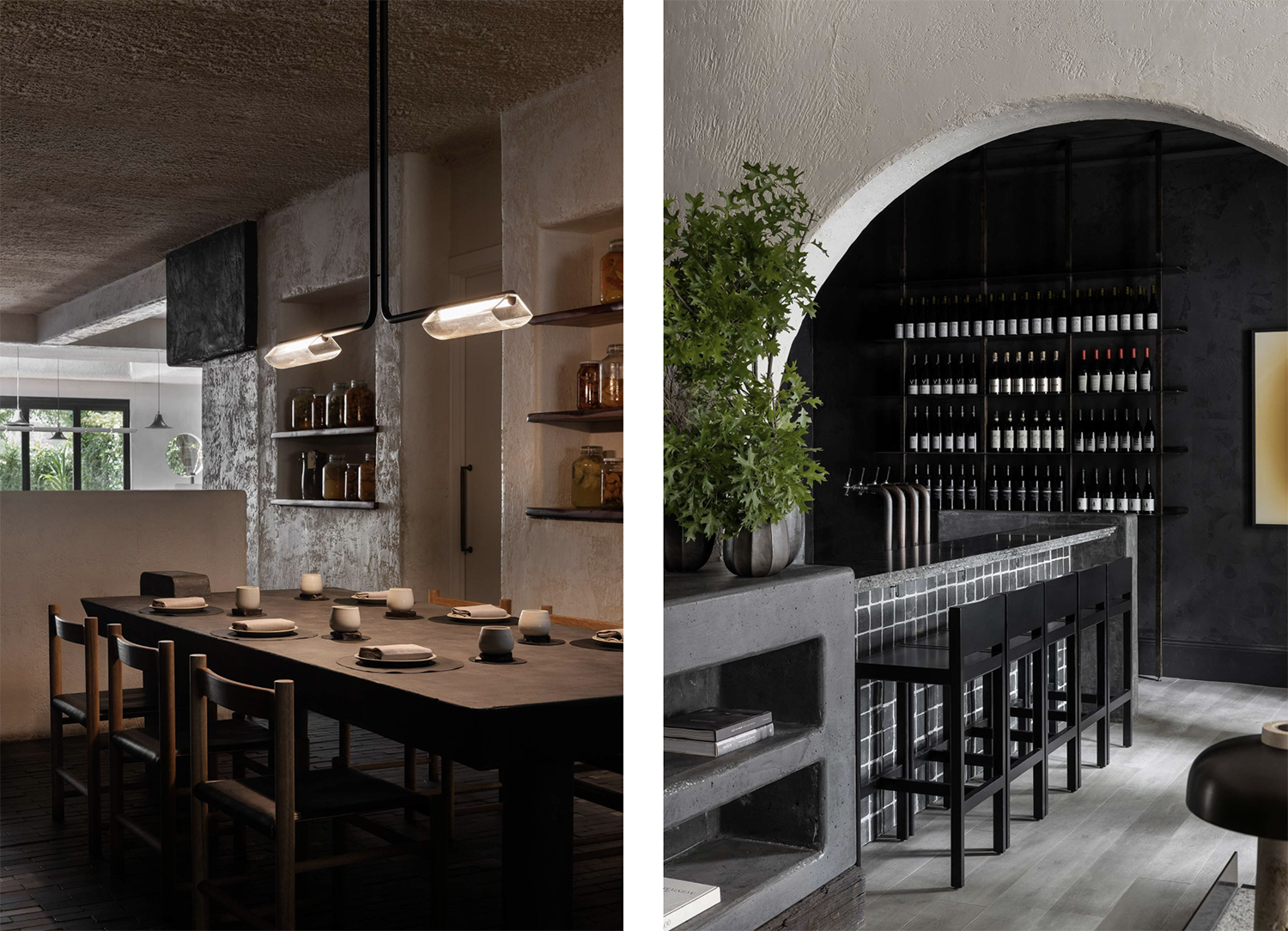 The 200-person-capacity restaurant consists of three distinct segments all connected via a long corridor: the entry lounge, the main dining and kitchen area (seats 80) and the courtyard at the back.

Hues of muted white and smoky black plus natural materials, such as reclaimed timber, local stone and lime plaster,-create an inviting and unassuming milieu. For example, the seating booths were created with black salvaged railway sleepers that evoke a patina and heritage that matches perfectly with the fire-focus of the restaurant.

The lounge leads to the chef’s table area that acts as an ante-room for the main dining room. The long table itself is a custom-creation by studio -gram and is flanked by eight Thea chairs by local maker Remington Matters. On one side of the table is an art installation and on the other is Kellie’s collection of fermentation jars, all constantly in full use. A four-metre-long row of slip-cast porcelain tubes custom-created by Adelaide-based Handmade & Found hangs over the central communal table that seats 18. 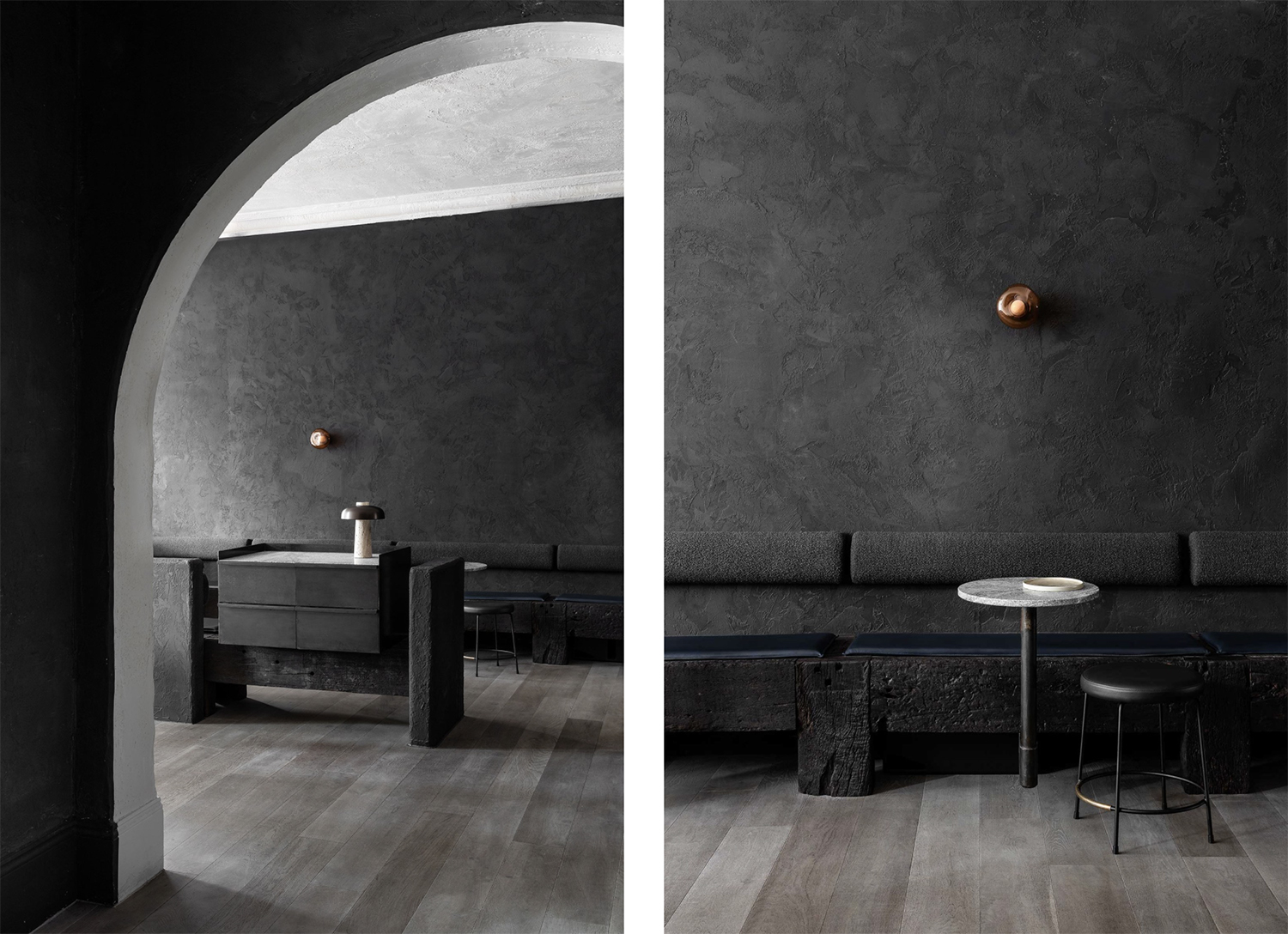 The open kitchen’s mood is softened by wood that is used in many places instead of the stainless steel that dominates most restaurant kitchens. The source of action and main character in the kitchen is fire. Weighing three-and-a-half tonnes the dual-cavity wood oven is the central hub that also generates the coals for the four elevation grills as well.

Kelllie focuses the cuisine on local ingredients cooked either in the wood-fired ovens or over the open grill. No gas or electricity is used in the cooking. The lounge and courtyard serve drinks and snacks only. The chef’s table has a bespoke tasting menu separate from the main dining room. Tuija Seipell 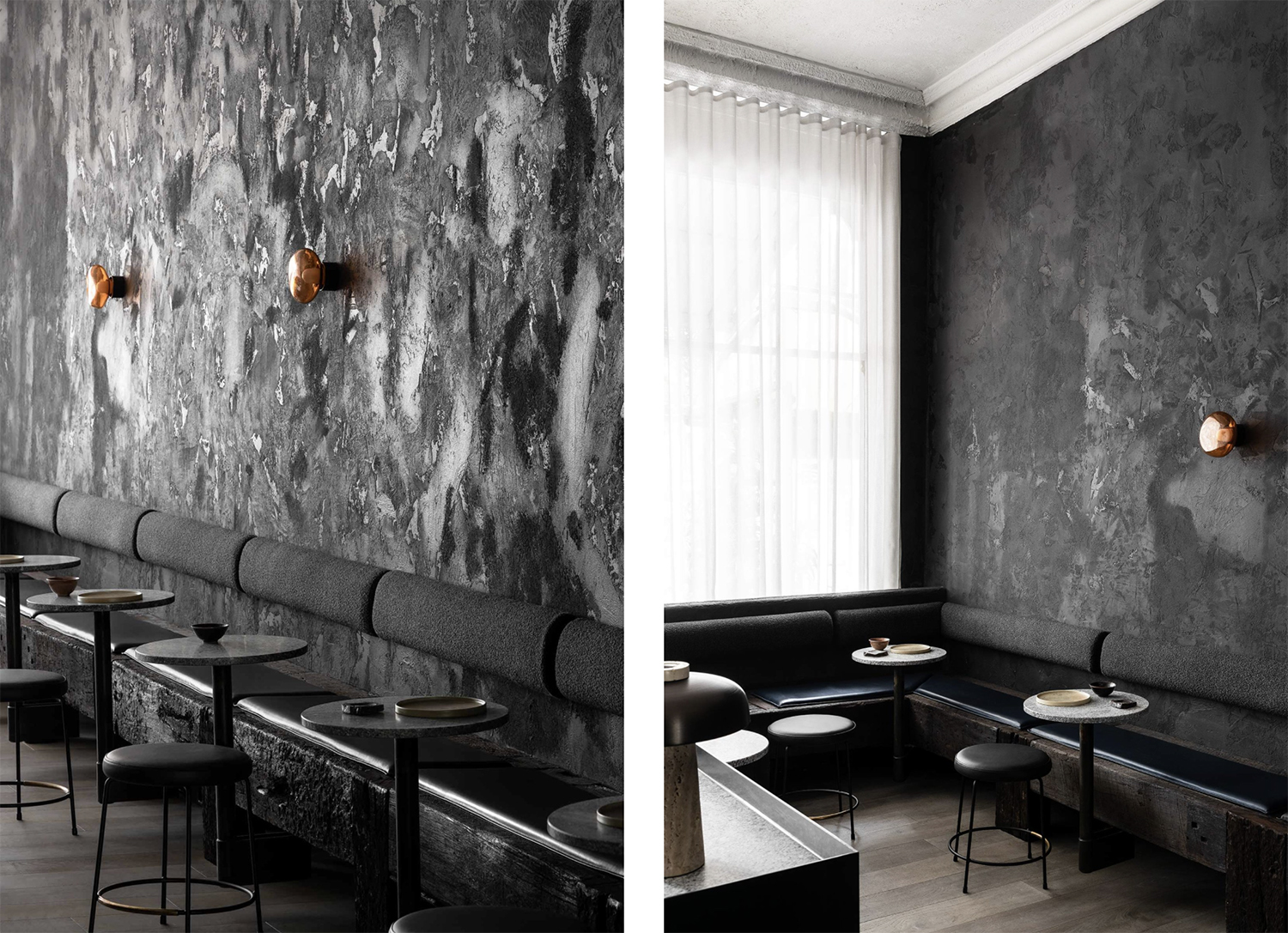