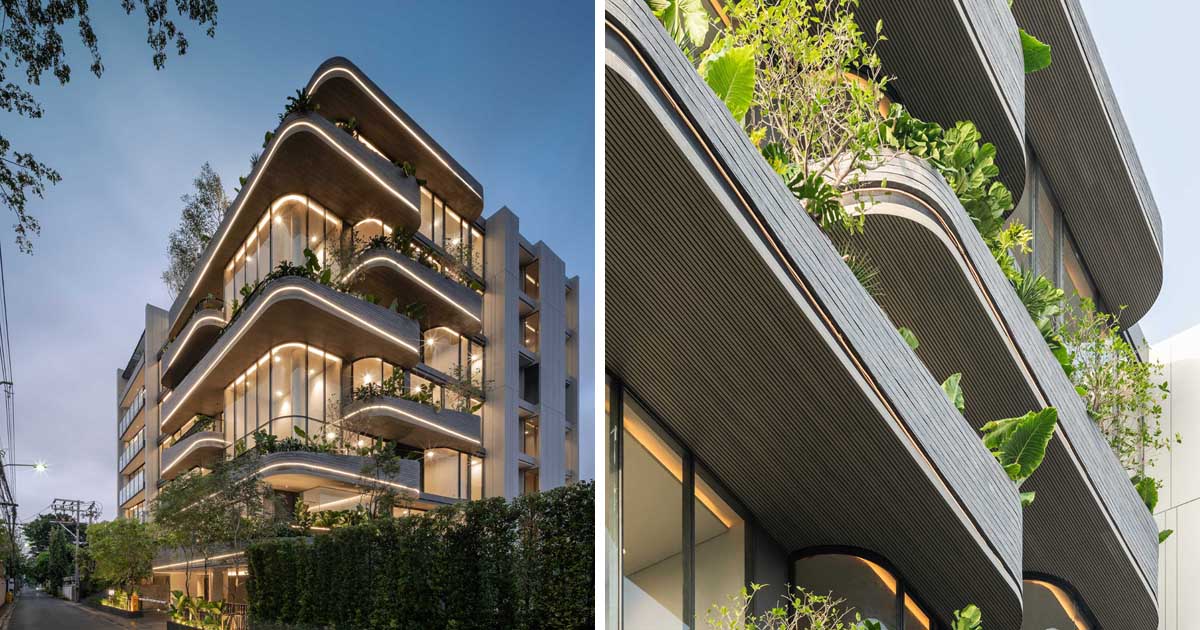 Lighting Is Used To Highlight The Rounded Balconies Of This Building

PAON Architects has designed a new building in Bangkok, Thailand, that uses exterior lighting to highlight the design.

The Kalm Penthouse Ari consists of 23 units, whose design has been carefully thought out to fit in with the neighborhood’s character while still being modern and functional.

To blend in with the mid-century modern architecture prevalent in the area, the building was designed with curved corners.

These design elements are meant to complement the lush greenery of the neighborhood and add a touch of modernity to the building.

Thin lines of lighting, which have been included in the balcony designs, curve around the facade and highlight the shape.

The lighting lines are also reciprocated on the interior ceilings of the apartments, which can be seen through the large windows.

Here are the elevations, sections, and example floor plans for the building.